“Woman is the artist of the imagination and the child in the womb is the canvas whereon she painteth her pictures.”
– Parcelsus

Many of you recall that in our award winning documentary film entitled, Femme Women Healing the World,  I discuss the importance of the prenatal period for mother and child. 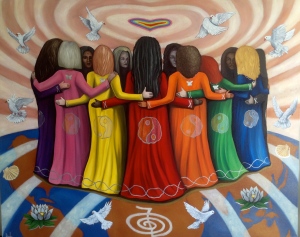 This study deals with the epigenetic issue (Epigenetics is that which rises above the genome) so that we can clearly see how  various stressful situations that take place in a pregnant mothers life and body then affect her unborn child and the future child and adult as well. Here we see in this study highlighted above in blue, that extreme stress such as this particular ice storm has had on the unborn fetuses and later the children, which clearly had and has long-term consequences.

Epigenetic  events such as this or even just ordinary stress that we all go through in some fashion are specific signatures epigenetically that hypothetically can travel back in time so that we can all epigenetically inherit them from those who came before us.

I contend this goes all the way back to those who seeded this planet that we refer to today as the Anunakki. And it is the Anunakki Goddesses contribution genetically and epigenetically that are of interest to me and help form the basis of the hypothesis I offer here in my blog and that I  will also soon be able to share in my forthcoming book entitled, Ancient Alien Goddesses.

Here is a great talk and review of what Epigenetics is by Bruce Lipton, PhD. It’s very important to watch this and get a good understanding of Epigenetics if for no other reason than to benefit our lives now and show us we have control over our genes but also from the perspective to see how this all affects where we came from.

This epigenetic approach changes everything and  for me directly links us back epigenetically (that which rises above the genome) to our ANCIENT ALIEN GODDESS ANCESTORS. They, Ninmah and Damkina in particular started the whole epigenetic cascade when they carried both Adamu and Tiamat in their respective wombs and downloaded directly into these first hybrid humans fetal tissue (Adamu and Tiamat), their (Damkina, Ninmah and even Enki’s) entire Akashic record. Can you imagine the brilliance we started out with?

Here  also is a great  TED x AIX talk by my good friend Julie Gerland. http://youtu.be/oDEO26stId8 that sheds more light on the prenatal period right now. It’s so important that it can change the paradigm we live in, in just two generations to one of peace, respect, and equality for all of us and the generations to come. Could it really be done? We’ll only know if we put these principles into practice.

I believe Ninmah and Damkina downloaded messages of great importance to both Adamu and Tiamat and that the importance of embryonic education was well known by our Ancient Alien Goddess birth mothers. We just need to relearn this NOW! I think they wanted us to know NOT to follow in the Anunakki patriarch’s footsteps which have certainly brought advancements but look at the rest it has brought. Languages were confounded, greed and lust, rape and pillage, war and dominance are not native to us…they were implanted in us by the Anunakki gods and perhaps one of the goddesses whose name is Inanna/Ishtar. I think Ninmah and Damkina had different plans for us and are still there energetically entangling with us trying to help us reawaken and learn from their mistakes.

For a look at the oldest DNA ever found on Earth check out this article because here we find that one of our ancient brothers mtDNA has been discovered in Southern Africa. In my hypothesis this individual would be directly related to the Ancient Alien Goddesses Ninmah (½ sister of Enki, Damkina (Enki’s wife), and Enki himself. This appears to be the oldest DNA we have ever found on this planet. Please read this fascinating discovery.

Zecharia Sitchin was hoping to have, the Egyptian Goddess’queen Nin Puabi’s mtDNA tested to prove the link we have to the Anunakki but so far that is stalled, sadly. 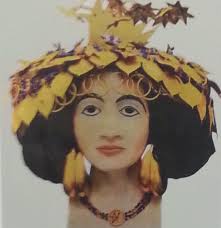 The prenatal period for all of us and our epigenetic history/herstory is critical in understanding what I propose happened on the journey from our Creatrix/creators up till now. I hope to be able to tell the story by reading between the lines the Sumerian’s had written and Zecharia Sitchin and others translated to find that hidden other half of our history, that of the feminine.