For their honeymoon, the couple sailed to Annam (present day Vietnam) to fight in the ongoing Tay Son rebellion which was led by three brothers to end the Le and Trinh dynasties (1771 to 1801). The call to arms of the Tay Son was “seize the property of the rich and distribute it to the poor.” An Eastern version of Robin Hood if you like. It is still debatable how much loot was redistributed to the poor 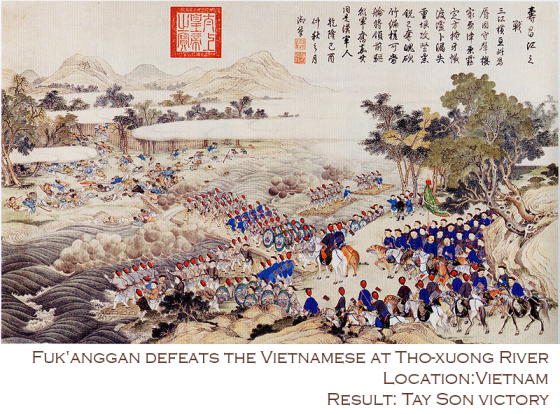 In each village the Tay Son seized, oppressive landlords and scholar-officials were punished and their property redistributed to…